Wall Street moved higher for a third consecutive day on Wednesday as traders focused on the economic recovery following upbeat economic data. Upside momentum seen earlier in the week ebbed, however, as technology stocks moved lower despite better-than-expected earnings from Alphabet and Amazon after yesterday’s closing bell. The Nasdaq Composite cut early gains going into the close and put in a 0.01% loss.

The spread between 5-year and 30-year Treasury yields moved higher after President Joe Biden told Democratic lawmakers that he will not concede to GOP demands for smaller stimulus payments. Although Mr. Biden did indicate that he is open to narrowing the eligibility requirements. Moreover, Democrats on Capitol Hill continued to push ahead with plans to pass the $1.9 trillion stimulus package without Republican support. The 5Y30Y yield curve steepened to its highest level since late 2015 as markets betted on developments translating to increased inflation prospects. 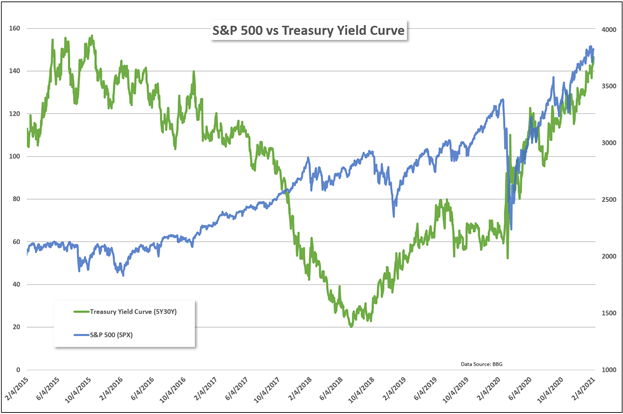 Australia’s balance of trade data for December is set to cross the wires at 00:30 GMT, according to the Finance Prop Economic Calendar. Traders will be keying in on the nation’s exports to China – particularly iron ore – as tensions between Australia and its biggest trading partner continue to deepen. The Australian Dollar’s recent weakness appears to have cooled despite the RBA extending its bond-buying program earlier this week.

AUD/USD found support near the psychologically important 0.76 handle after the cross broke down from a Symmetrical Triangle last week. The 50-day Simple Moving Average (SMA) also appears to be providing a level of support. However, the MACD line is making a cross below its zero line, which indicates a bearish signal and potential for further downside. 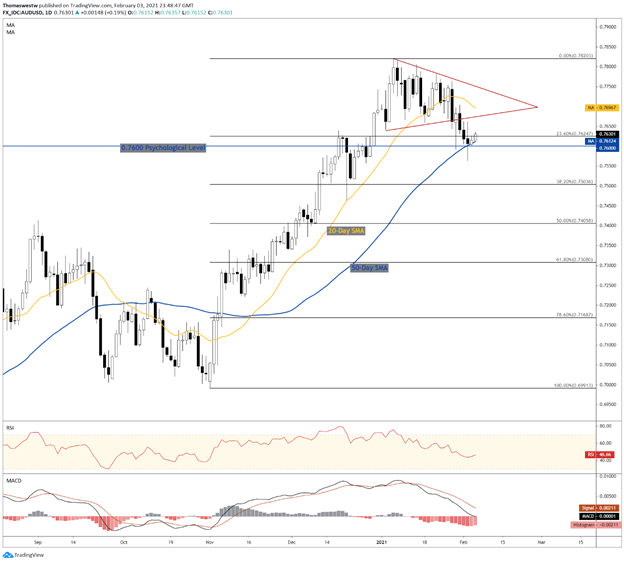