Last week brought a quick rush of selling in to Gold prices that helped to set a fresh two-month-low. This was accompanied by a theme of USD-strength even as the risk-on move drove asset prices in many major markets. Gold, and Silver to a lesser extent, were noticeably absent from that risk-on participation. Friday brought a reprieve, helped along by some softening in the USD, and Gold bulls have continued that late-week bounce so far into the start of the early week.

The big question here is whether this is just a pullback re-loading for another wave of bearish price action; or whether that test below 1800 marked some type of capitulation from Gold bears. 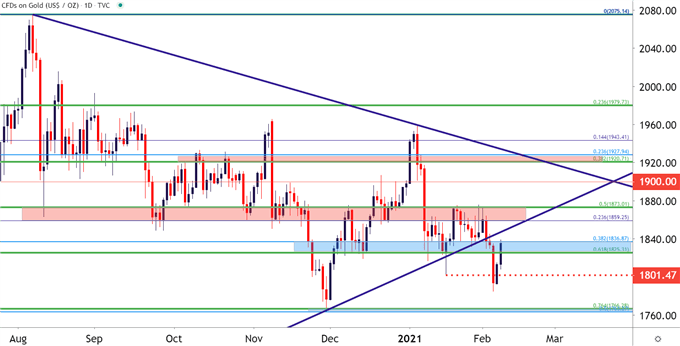 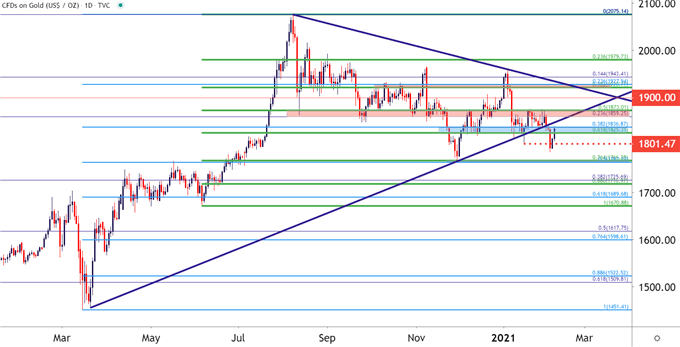 At this point, the inverse correlation between Gold and the US Dollar appears to be back in order, shown on the lower-portion of the below chart. And given that the US Dollar has so far spent much of the year in a counter-trend fashion, it appears as though a big driver on Gold is going to be USD performance. 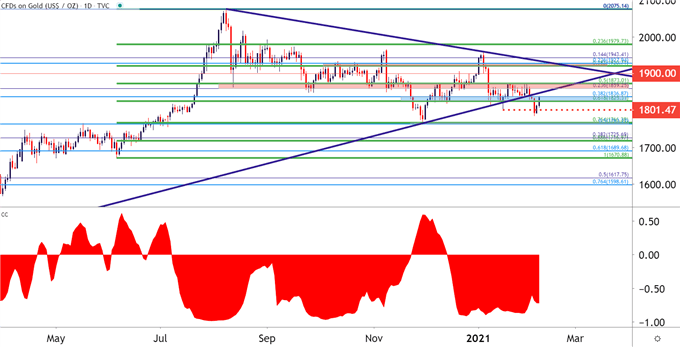 At this stage, the US Dollar has pulled back to test trendline support from prior resistance. A hold here can keep the door open for a deeper breakdown in Gold, punctuated by the lower-high resistance at prior support following the breakdown from the symmetrical triangle pattern.

But if USD bears come back with gusto, similar to what was seen in the back eight months of last year, Gold prices could surprise to the upside and given the recent test below 1800, logically speaking, at least some of those older positions with stops adjusted to or around psychological levels will be out of the market.

To learn more about the symmetrical triangle, check out Finance Prop Education 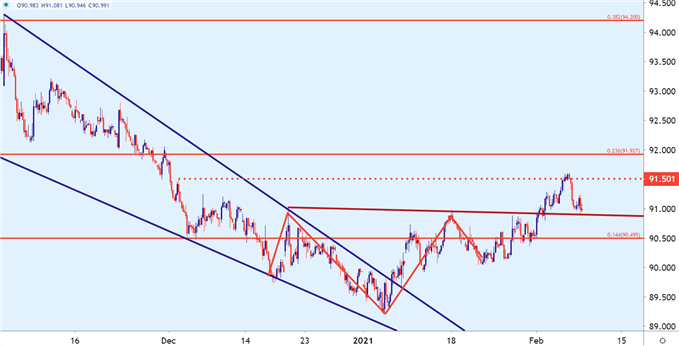