In other market today:

It was an up and down day in the forex market today. The only economic news was weekly initial jobless claims which came in weaker at 793K vs 760K estimate. Moreover, the previous week was revised higher to 812K from 779K.  Finally, The pandemic unemployment assistance moved sharply higher to 8,715,306 vs 7,218,801 last week (was 7,217,713). That is a gain of 1,496,505. Not great employment numbers but Fed officials have been speaking to that topic of late, and all but promised that they were most concerned about getting employment to full employment and that they would tolerate a move up in inflation.

The markets nevertheless are bit torn between higher or lower in the forex and also the stock market over the last few days. The NASDAQ index did run higher into the close but traded up and down and up and down. The S&P index was just positive I will 0.17%. The Dow industrial average was just negative at -0.02%. European shares were mixed with the German DAX leading the way at 0.77%. Spain’s Ibex fell by -0.34%. 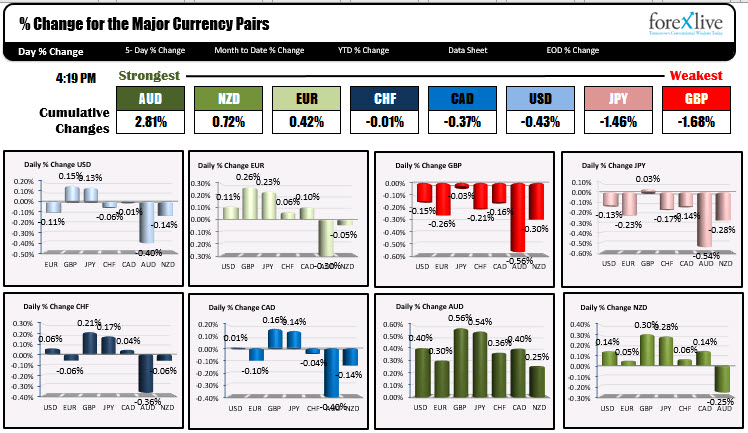 The inactivity is also reflected in the ranges for the day. The biggest ranges were in the AUDUSD (59 pips) and GBPUSD (58 pips), but the EURUSD only had a low to high range of 35 pips. The USDJPY at 26 pips and USDCHF at 18 pips, basically took the day off.  Most of the crosses ranges were also below their 22 day averages.  With little in the when of economic news, or expectations for change in policy and a stock market which is also up and down over the last few days, the forex market is taking clues from it. 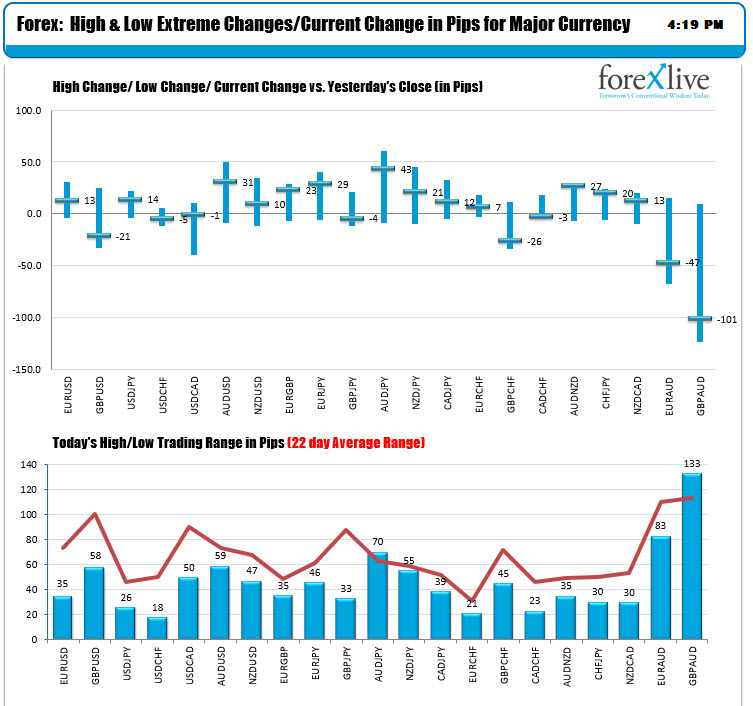 Some levels to watch in the new trading day: