USD/JPY has continued to be on a rip, hitting 106 a few minutes ago.

It was a curious pair of comments on Monday that have helped fuel this latest surge:

As noted in that post, it appeared Prime Minister Suga may have revised his pain point for USD/JPY from 100 (he said in December 2020 he didn’t want ujsyen under 100) to a higher level.

Again, as noted in the post, the BOJ was said to be considering allowing bond yields to rise, Aso seeking to pour cold water in that idea. 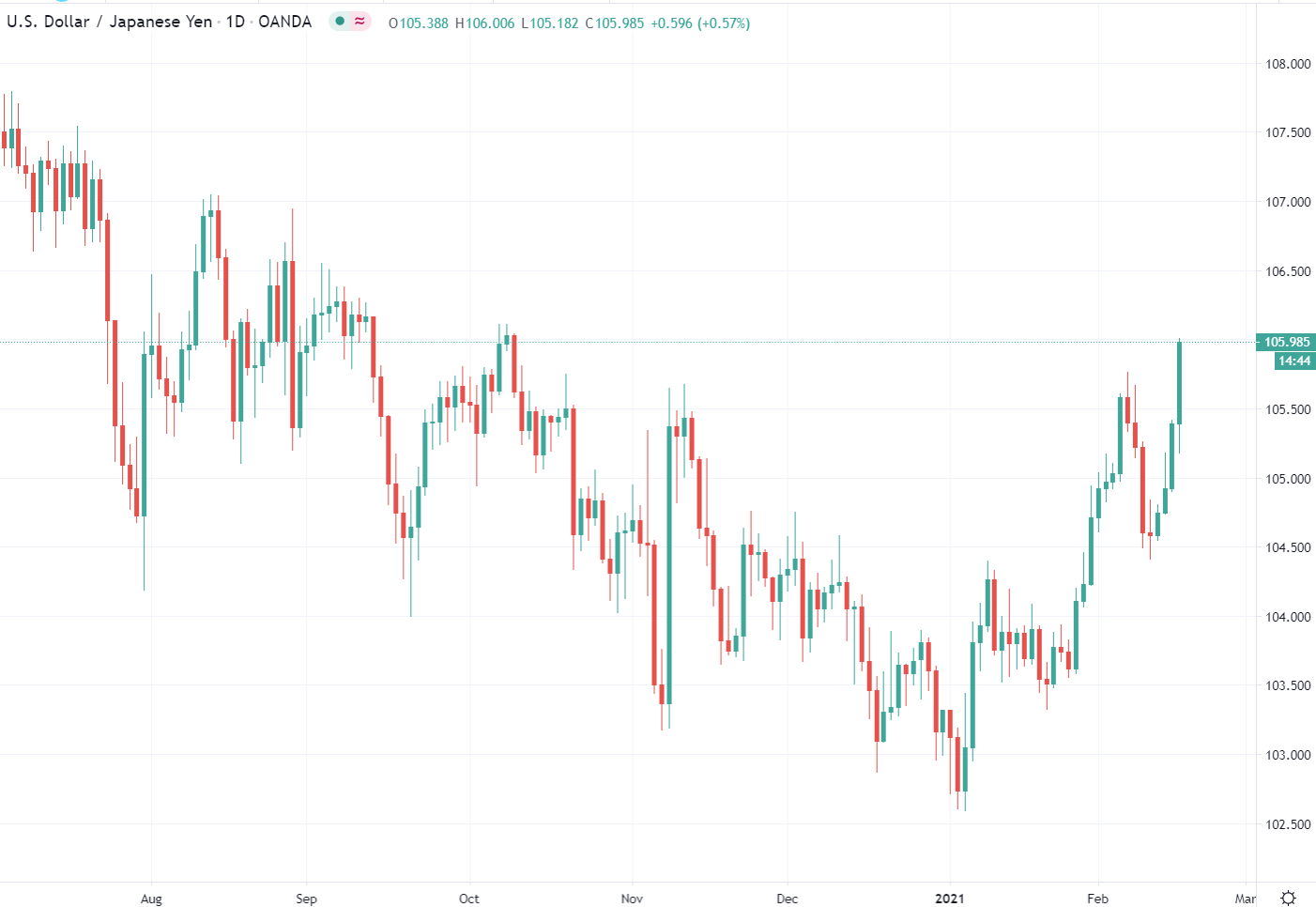