The US retail sales for the month of January came out sizzling hot at +5.3% vs. 1.1% expected. The other measures including ex auto, ex auto and gas and the control group also showed big beats (the control group rose 6.0% vs. 1.0% expected. The move corresponded with the $600 stimulus check received by millions of consumers. Electronics and appliances so the biggest increase with a gain of +14.7%

Also higher today was the producer price index or PPI which advanced by 1.3% vs. 0.4% estimate (for January).  The gain was a largest since 2009. The sharp rise suggests inflation at the door of the factory was on the upswing and could be a leading indicator for a push higher in consumer prices down the road.  The gain was led by a 1.3% rise in the price of services which was the biggest gain since December 2009.  The cost of good also showed a strong 1.4% gain. With the price of commodities continued to move higher, expectations for higher producer prices can be expected going forward as well.

The combination of the retail sales and the producer price index could lead to higher expectations for inflation down the road. Yields on  treasuries have been moving higher with the yield curve steepening as well. That dynamic offer is indicative of the markets expectations for higher inflation. The shorter end yields however remain near record low yield levels as the Federal Reserve has suggested that rates would stay low for an extended period of time with the Fed less concerned about inflation and more concerned about seeing employment move back toward pre-crisis levels.

In other data, industrial production and capacity utilization was also stronger than expectations, and NAHB housing market index inched up to 84 from 83. 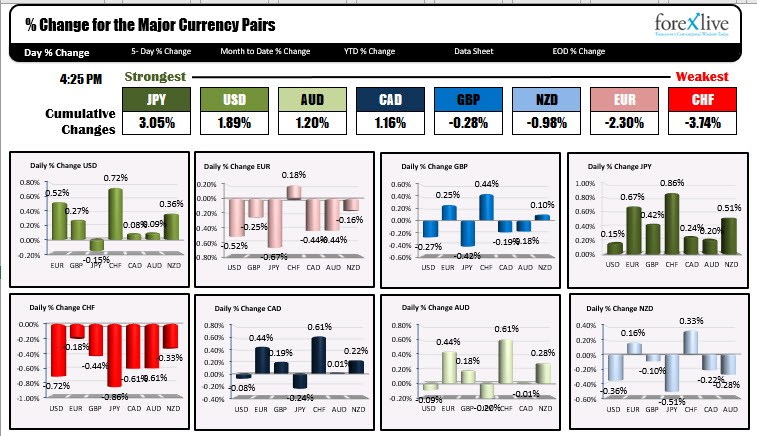 Despite the stronger retail sales and PPI data, yields along the treasury curve fell with the yield curve flattening for change. The moves can be attributed to some flows out of the higher flying stocks (Nasdaq and Russell 2000 declined) and into the treasuries. Both the 10 year and 30 year yields traded to cycle highs (highest levels in a year) with the 30 year reached 2.11% at the highs today (closing near 2.05%).  Although traders lowered yields today, it did not spillover into the 20 year bond auction.   The treasuries $27 billion auction was sloppy at best with a 2.3 basis point tail (1.92% vs 1.897 WI level).  That makes one wonder if the fall in yields was more of an aberration vs. reality.  We will see going forward.