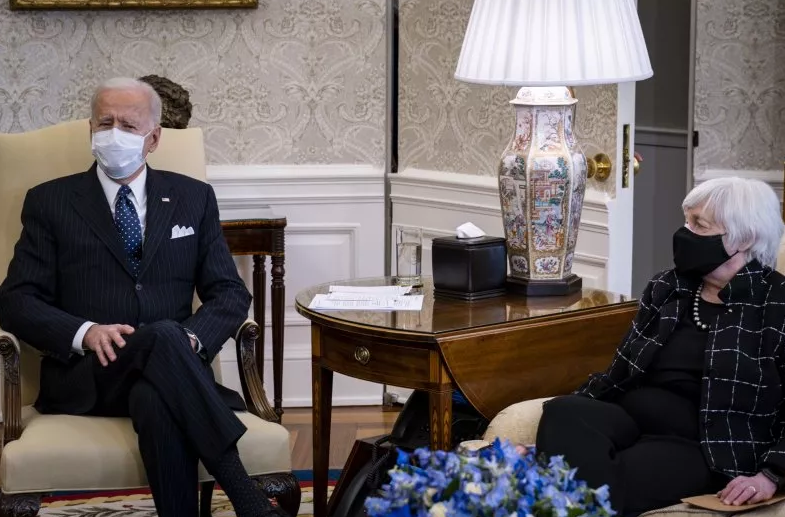 The main topic in markets next week will be the $1.9 trillion US spending bill that’s going to be voted on in the House. Then it will be off to the Senate and there will be some level of watering-down but it will eventually be passed.

By itself that’s a massive bill that’s coming just as the US gets ready to unleash unprecedented amounts of pent-up savings and demand.

Where it really gets incredible is with Biden’s planned ‘build back better’ plan. The Washington Post reported yesterday that it could be another $3 trillion package which includes infrastructure, climate and education.

Biden spoke about infrastructure after a meeting with union leaders on Wednesday.

“We are so far behind the curve,” he said at the meeting. “We rank like
38th in the world in terms of infrastructure, everything from canals to
highways to airports, to everything we can do and we need to do to make
ourselves competitive in the 21st Century.”

Now, it’s not all roses with all the spending. Yellen hinted yesterday that tax cuts are coming for corporations and high-income individuals.

“Certainly part of the package, the parts that are permanent, will be paid for in order to not raise long-term deficits, but we’re still working on the details of the package,” she said.

The market certainly won’t care about tax hikes on those making +$400,000 but corporate tax hikes are a different story. I think the market can swallow 1-2 pp in hikes easily but then it’s murky. Yellen did say tax changes would be phased in over time.

Overall, I’m increasingly confident that good times are ahead and inflation along with it. The commodity market is screaming higher at the moment and I don’t see a reason why it should stop. 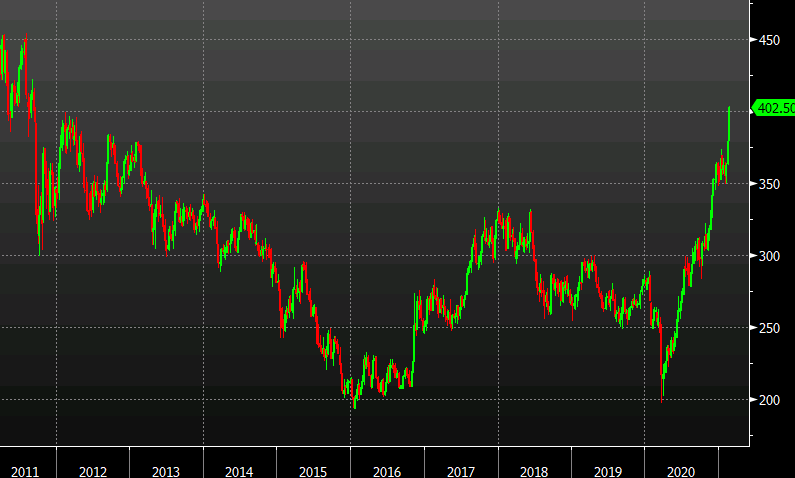