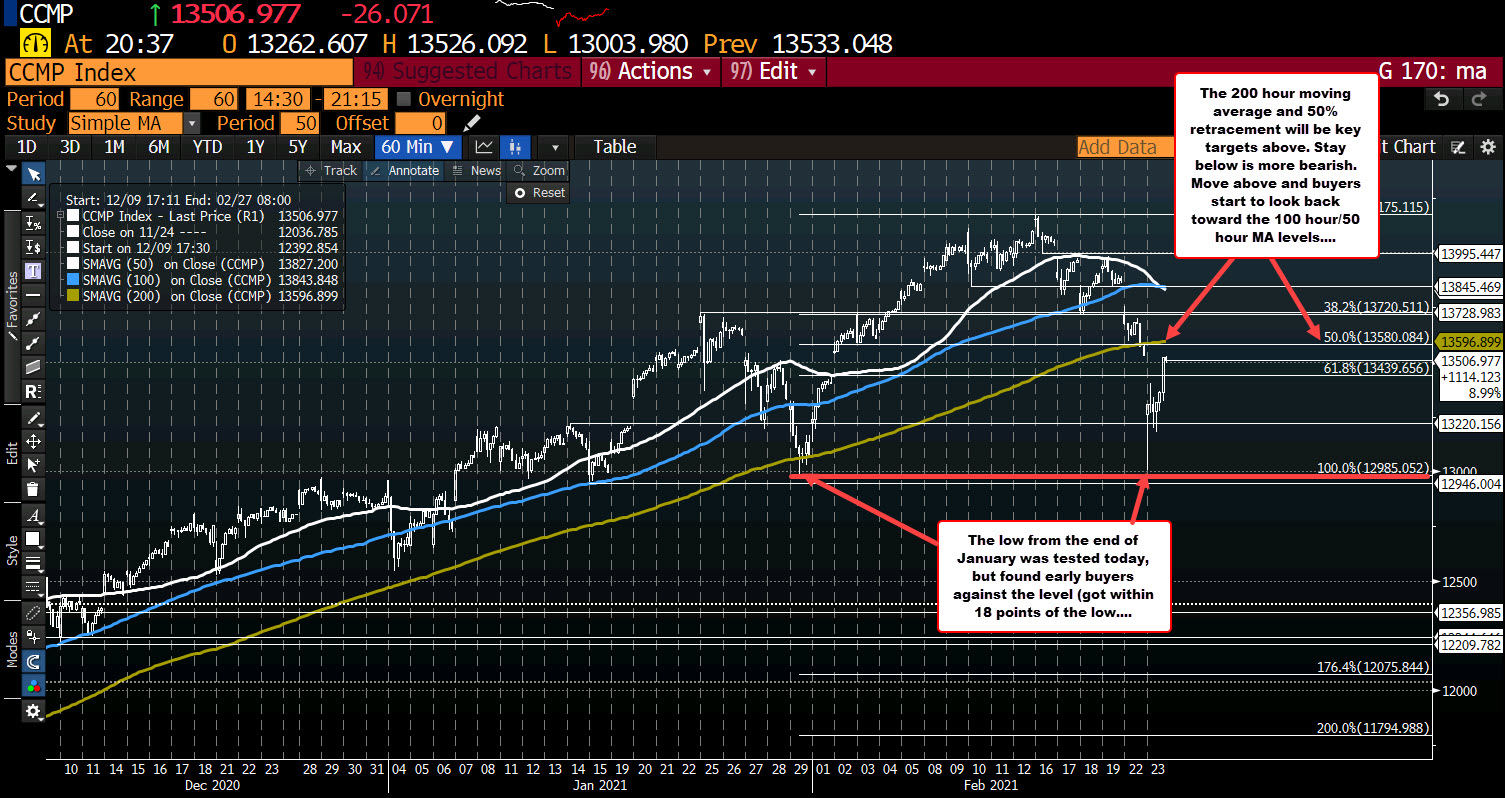 Should the price continued to move higher, the pair would approach the 50% midpoint of the move up from the February 1 low of 12985.05. That low was approached today but fell 18 points shy of the level. The midpoint level comes in at 13580.08.