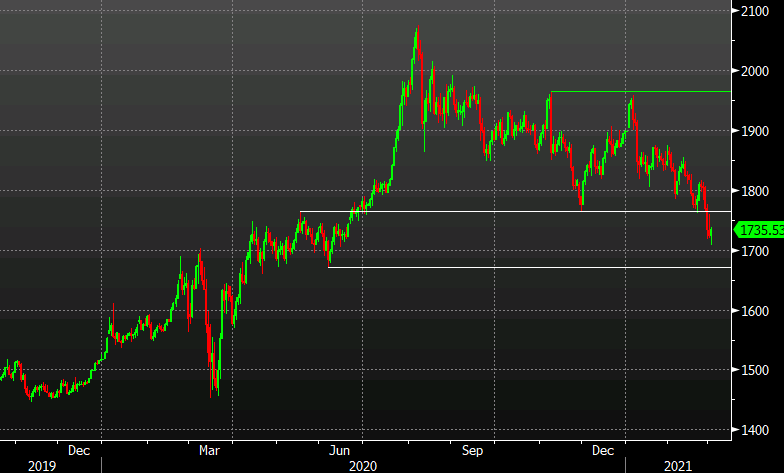 Is anything more hated than gold right now?

Sentiment has turned wildly against the shiny stuff as bitcoin and other high-flying cryptocurrencies steal its luster. Add in the technical break below the November lows and it’s tough to find a short-term bull.

Given the chart and the negative seasonals right now, I can see the point the bears are making but I think there’s case to be made for scaling in from $1700 to $1670 wit ha stop below. If that cracks though, we could be talking about $1500 once again even though that seems insane in a world of money printing and record deficits.