This story is a downer

Recent data from South Africa has shown that the variant there could dampen the effect of the vaccine and evade natural immunity in people who had been previously infected.

Reuters writes about how that variant and one in Brazil have changed how scientists believe the virus will progress. Previously, they had believed it was possible to eradicate.

“They now believe that SARS-CoV-2 will not only remain with us as an endemic virus, continuing to circulate in communities, but will likely cause a significant burden of illness and death for years to come.”

The good news is that vaccines will prevent severe outcomes and hospitalizations in most people.

That said, how likely are you to go to a crowded sporting event, bar or other activity with many people in close contact given ongoing variants? Some people wont’ care but some will, and that’s a damper until we get a better idea of the outcomes.

Another thing that’s worrying me is just how high infections remain in Israel. 51% of people there have now received the 1st dose of the vaccine and yet infections remain stubbornly high. Hopefully that’s just a one or two week lag but it’s not a great sign for a quick and full reopening, even without the worry of variants. 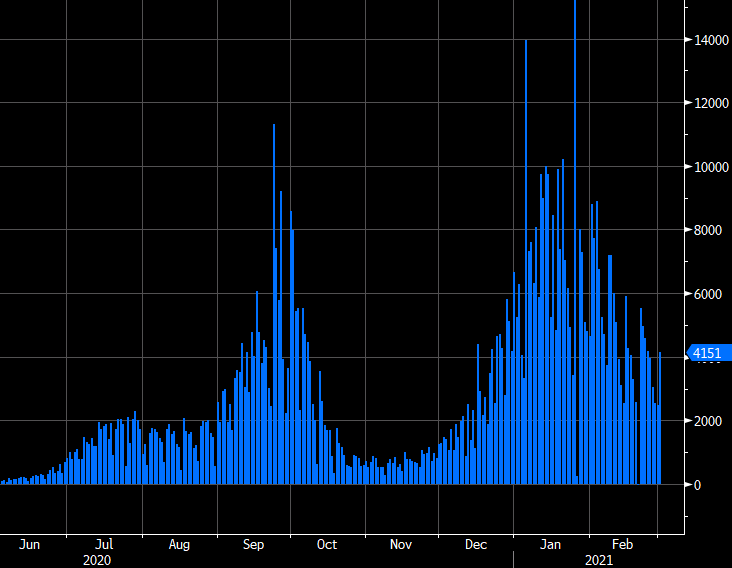