This ETF put a target on its own back 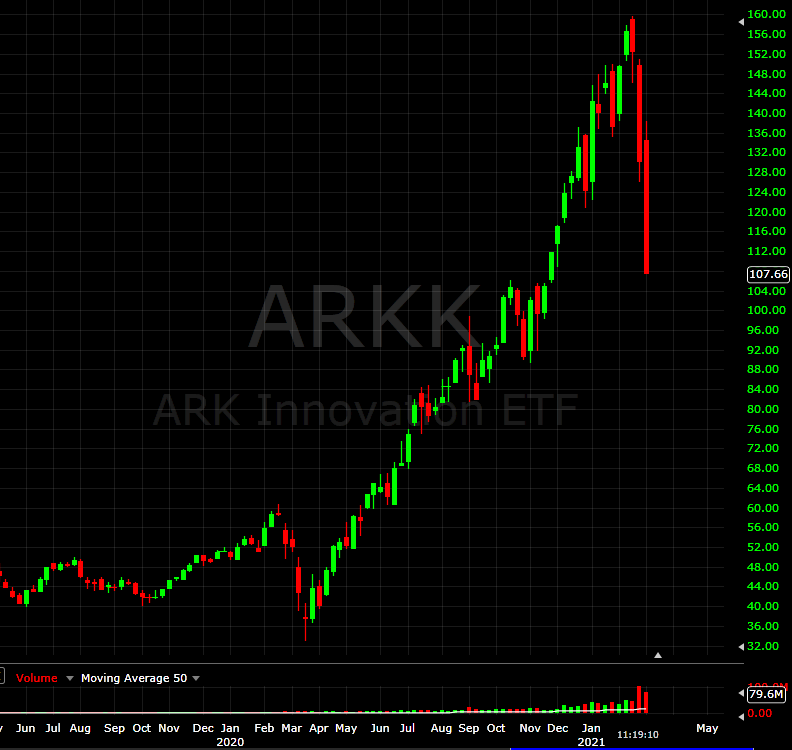 You don’t need to look much beyond a single ETF to explain much of the pain in the equity market.

The problem is that it created a virtuous circle initially. As the funds flowed in, the buying flows from Wood pushed up those tech stocks higher. Now it’s the opposite. As funds flow out on a one-month return of -31%, she’s forced to sell. The selling creates more pain and that creates more outflows.

It’s culminated in a 10% decline today in the fund on enormous volume. It traded yesterday at 5x the volume of the S&P 500.

A problem is that the fund publishes its positions daily and some of them are in small, illiquid securities. That gives shorts a target and helps sellers front-run other moves, like Tesla which is crumbling along with ARKK.

What’s compounded that is that Wood has been selling mega-cap tech positions to shore-up positions in those less-liquid securities, creating even more concentration risk.

That, combined with some serious governance problems in the fund — including a guy whose only prior experience was a TV station manager as the chief risk officer — has made this fund a big target.

The thing is, I don’t see any way there’s real systemic risk or economic risk here. Sure, she could really take down some tech stocks but so what? It looks like the rest of the market is finding a way to tune it out.