Absolute mess of Russia headlines with a translation error 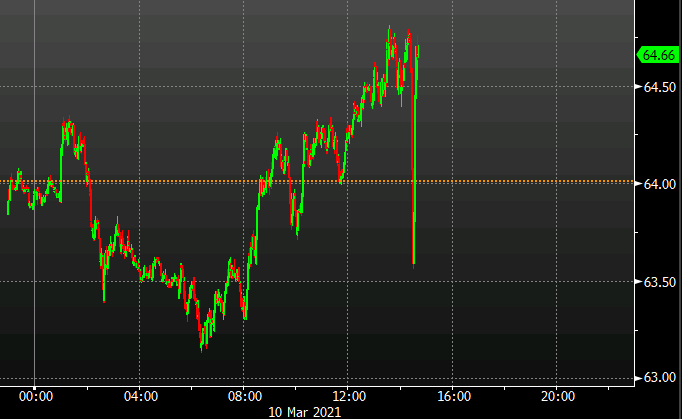 This was a total mess.

Initial headlines said Russia was raising oil production by 890K bpd in May. That would use up all their spare capacity and essentially be Russia bailing on OPEC+.

The current OPEC+ decision is for Russia to increase production by 130K bpd in April but there’s been nothing about May it sounded like they had pre-announced a further increase here.
However, it was a translation error at a newswire.

Novak actually said production would be 890K bpd in May but that’s from April 2020 — a year earlier when production was heavily curtailed. The initial headlines said it would be from April 2021, which is a huge m/m increase. Essentially, he’s not saying anything new here and now oil has stormed right back.

At least we know what would happen in the oil market if Russia bailed on OPEC+.