If you would have told me that 10 year yields would rise 10 bps today to new cycle highs, I would have predicted major trouble elsewhere and a big USD bid.

Instead, we have some mild risk aversion that’s mostly in tech and the US dollar is higher but moderately. USD remains comfortably higher against the euro and sterling but that’s fading. The commodity currencies are also strengthening versus USD.

I don’t think this divergence can continue indefinitely but (as I highlighted after consumer sentiment), there’s so much good economic data in the pipeline that it’s tough to sustain a flight to safety.

Euphoria is coming in the streets and the markets and it doesn’t end until the Fed or governments take away the punchbowl. I don’t see it happening for months. 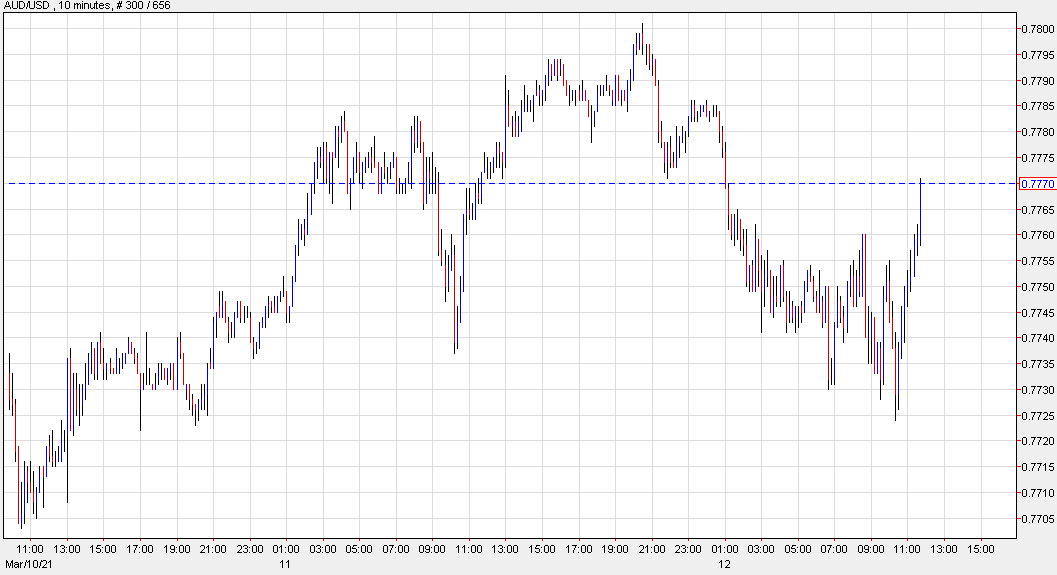