First, I believe there are two markets. Tech is on its own and i don’t think that yields matter that much to tech, SPACs and other pandemic trades. They’re a sentiment-driven rollercoaster. There’s somewhat of a feedback loop with yields but it’s overstated.

In the broader market, yields matter more but it’s debatable how much. Even today, the S&P 500 is barely down with rates 6-8 bps higher at the long end. I’m a bit surprised it’s not more severe given that rise but at the same time, I think that’s the right reaction in the bigger picture. There’s always the risk we get another blowout higher, especially around the Fed; but barring that the backdrop is positive.

Why? The U Mich survey and positive market reaction to it highlights the tailwind.

Almost every economic data point from now through August is going to be better than the month before. That’s a tough trend to bet against. 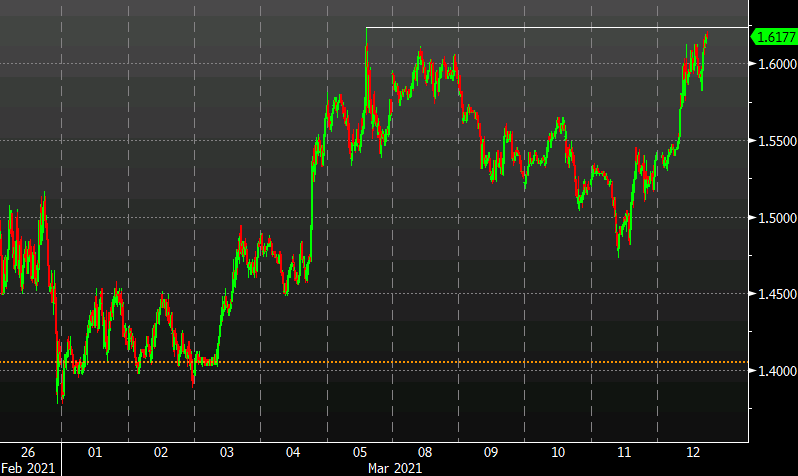